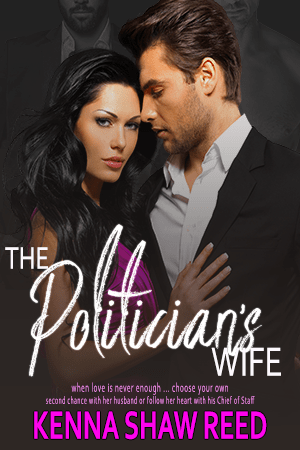 He promised he’d love her forever. Until Susannah discovered it was a politician’s promise and she was only his wife.

Susannah woke to see her politician husband the featured news story, caught out with his mistress. When her faithful heart didn’t think it could break any more, he said the words, “but I love her.”

Hiding from the world won’t make the pain go away. Until one man found her, determined to prove how much he wanted to fill her with a new love. Life could be perfect until her lying, cheating husband is sorry and wants her back. Now she needs help to decide what is Revenge? Rebound or Real?

James knows his wife sees his flawed self. For years he had affairs with women who see him as confident and successful. He never expected to fall in love or leave his marriage. It only took a week to realise his mistake. He wants Susannah back, but where did her love bites come from?

Christopher should be loyal to the man who pays him, but his heart will always belong to his boss’ wife.

Lloyd knows that all the money in the world can’t buy love. Could one dance on the sand allow him to cross the bridge from their friend-zone?

Taking time out to think and time to decide, Susannah thought she knew who she wanted. Only for forgotten photos on a phone answer questions she never wanted asked. Will Susannah get the happily ever after she deserves? Will she even have a choice?

Choose once Then choose again. These three men send Susannah’s head and heart spinning. Who will she end up with? You control Susannah’s romantic destiny in this choose your own romance. After all, when one happily ever after is never enough, Choose Your Own Romance!

The Politician’s Wife was my first choose your own romance series that featured a complicated marriage.

After seeing one too many politicians, footballers, movie stars and other prominent men have their affairs splashed across the media, I wanted to write a book from the wife’s perspective. Imagine that she had no idea until watching the news. Imagine the hurt and anger, especially when the man she loves has the balls to say that he loves another. What would she do and who could she trust?

Then I wanted to imagine a scenario when he realizes what he threw away and explore just how far he would go to be the one love in her life, again.

Cheating warning - As Susannah takes her husband’s affair as a trigger to explore who she is and what she wants out of life, there are times when she turns to a lover’s arms. That’s the whole point of choose your own romance - taking a woman at a cross road in her life and deciding which man will be her happily ever after.

I’ll be honest, her husband starts off as a lying, cheating b-word, but from the moment he realizes that he truly loves his wife, James is completely committed to winning her back.

Other books with Susannah: The Bad Kitty The Unforgiving Wife